As we head into the heart of winter, temperatures continue to drop, and the bush continues to dry up. The colours showcased in the foliage across Matetsi Private Game Reserve are remarkable. Mornings are crisp, and during the day animals and humans alike warm themselves under cloudless blue skies in the beautiful winter sun.

The number of breeding herds of elephants continues to increase as new herds move into the area in search of water, with December pan being one of the favourite drinking spots, with herds present almost 24/7 enjoying a drink of freshly pumped water and a mud bath.

Namakana pan is another favourite for elephants, as well as impala, baboons, kudu, warthog, giraffe and zebra – species that are seen frequently across Matetsi Private Game Reserve, including on Westwood vlei, where the Blue Wildebeest have settled nicely and are seen regularly.

Several large breeding herds of buffalo also frequented the waterholes across the vast concession. Drinking as they go, making their way up towards the river and back down south to the open vleis and forested areas.

Old male “dagga boy” buffalos were seen frequently in the area surrounding the lodge. About mid-month, one lone buffalo was seen very close to the lodge while the others moved away from the area. Over the course of the next few days, a pride of three female and one male lion were seen close to camp, they clearly had this lone buffalo in their sights, and one morning they were seen on a buffalo kill just to the East of the lodge. Later the white-backed and hooded vultures arrived in their numbers.

There was plenty of lion activity across the concession. A pride of lion, comprising a dominant adult male, four adult lionesses and one sub-adult lioness, were seen hunting giraffe an impala. This same pride was seen, with additional lions, over the course of the next few days. And sightings of a second pride of lion in the south of the property were also recorded.

Black-backed jackal were seen in their usual areas around Namakana pan and along Westwood vlei. Numerous sightings of spotted hyenas were reported across the property, including close to camp. After the very exciting sighting of a brown hyena last month, the guiding team have started specifying the hyena species. Nocturnal sightings included the always delightful bush babies as well as African civets and serval.

Sightings of particular interest included a caracal on Katombora West and another sighting of bat-eared fox in that area as well. Wild dogs were also sighted, and one particular photo of a female wild dog indicated that she was nursing puppies. A few days later our guiding team, along with Painted Dog researchers identified the location of a wild dog den. Camera-trap photos confirmed five puppies, though one of these is known to have been killed and the fate of the other four is still unknown.

June followed May’s trend with more frequent sightings of leopard, including a young female leopard by the baobab tree close to camp, as well as another by Gardiner’s pan, and a different one down close to Chamabondo vlei. Our guides will tell you that the signs show that the leopard population on Matetsi Private Game Reserve is in fact more significant than the lion population. Leopard are simply more elusive by nature, though with time and responsible guiding practices, they will become more habituated to vehicles and human movement through the property.

Bird life sightings were wonderful as always, and our guiding team made note of a few particular favourites, including a giant eagle owl on kudu alley, saddle-billed stork on Westwood Vlei, racket-tailed rollers at T-block, carmine bee-eater close to Namakana Pan and African Hawk Eagles nesting at Namaqua Pan. Superb bird life was noted along the banks of the Zambezi river along with regular sightings of hippos and crocodiles.

Many thanks to our team, including Chris, Jono and of course all of our guides, for sharing their wildlife sightings and photographs with us. 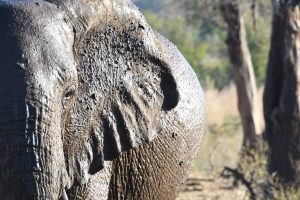 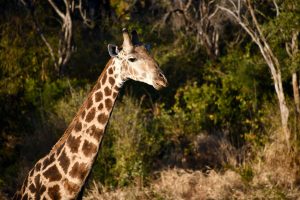 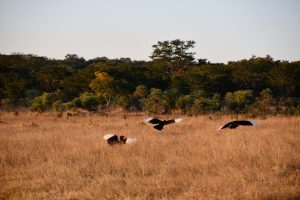 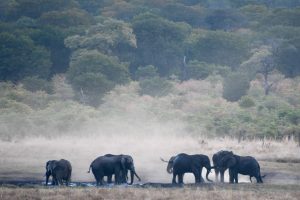 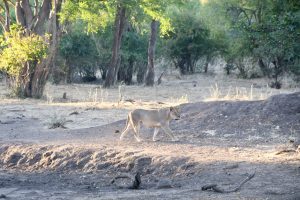 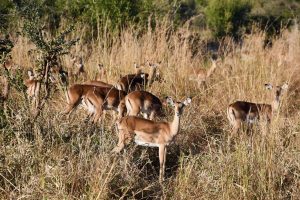 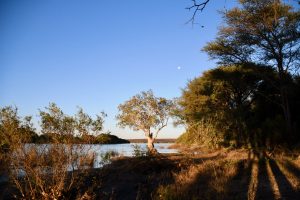 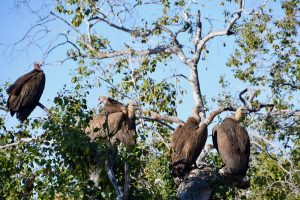 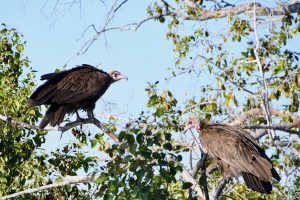 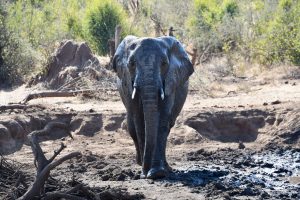 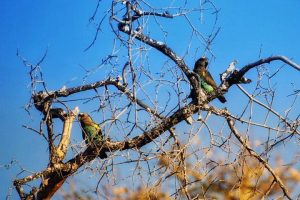 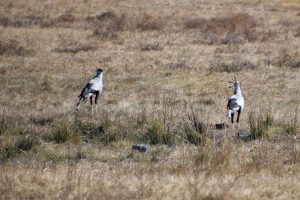