The seasons shifted through the course of August. We moved from what felt like bitterly cold winter (in Africa terms) to temperatures that felt like high summer, with a few cloudy days toward the end of the month that provided a relief from the heat.

On the Zambezi river, along with numerous waterbirds, crocodiles were seen basking in the sun and hippos wallowing in the shallows on their preferred slightly submerged sandbanks. The team were also pleased to see three clawless otters while doing an anti-poaching snare sweep on one of the islands.

Huge numbers of elephants have been seen across Matetsi Private Game Reserve, on one day, Senior Guide Ophious recalled seeing 1000+ just along the Westwood vlei area. The elephant population seems to be increasing on a daily basis. A number of elephant bulls have been keeping close to camp, and for a time a breeding herd was hanging around camp as well.

“This is a place where they feel safe, they are aware of our presence. It’s all about whom they trust, and this is why they choose to stay with us. Out of camp we see thousands of these elephants per day, these are the herds that are coming from other areas being attracted by our conservation work that we do.” – Senior Guide Ophious Sibanda

Elephants continue to enjoy the lush vegetation on these islands too and were seen at the western side of the lodge on many occasions swimming from the mainland to the islands. Though this is not without risk. Despite our teams attempts as snare clearing, late in August an adult elephant bull walked into camp with a wire snare on its leg. Thanks to the efforts of the team and the Victoria Falls Wildlife Trust, we successfully rescued this elephant from the snare.

Three different breeding herds of buffalo remained around the property throughout August. “They are looking happy and healthy”. With 136,000 acres of pristine wilderness and varied terrain there’s plenty of space for them to roam, and the well-spaced waterholes ensure they have access to water across the property. The small group of buffalo bulls also remained close to camp.

Wildebeest have remained resident on Westwood vlei. Giraffes, zebra, warthogs, impalas, jackals, vervet monkeys, baboons and hyenas were seen daily on the vlei and in the North, which is also home to numerous tree squirrels and banded mongoose (who hardly ever get a mention in sightings reports, but always provide entertainment on drives).

As the bush continues to dry up, we are getting more sightings of sable, including in the north of the property even up close to camp, as well as on the Siaziaba flood plain, where we occasionally see a lone waterbuck. The guiding team were thrilled to see Roan antelope on this flood plain as well. This special protected species (SPS) has never before been seen so close to the river. Roan were seen again two days later, further South at Kusarai pan.

On a couple of occasions, intrepid guests took a full day drive down to Zanangubo in the very south and spent some hours there, where they were rewarded with special sightings, including Eland, with calves.

Early in the month, we had both elephants and a pride of four lions (including one collared female) visit us in camp. The lions tried to catch an elephant calf, but the whole elephant herd came and drove the lion away. Unsurprisingly, hyenas were around as well.

Throughout the month there was a significant amount of lion movement around Matetsi Private Game Reserve. The pride of four headed towards Zambezi National Park, and a different pride of three came to camp after that, and remained in the area for some days, moving along toward the jetty site. One lioness was seen close to camp attempting to hunt buffalo bulls (she was unsuccessful hunt though). A lone male has been seen regularly on its own, hanging around the southern part of Kudu Alley and the northern part of Westwood vlei, perhaps planning to claim that territory as his own.

A number of different leopards were sighted again this month. On one occasion at Sable pan, our guides and guests were able to sit with the animal for about 30 min. Sightings like this indicate that the very elusive leopard are becoming more habituated. On another day, a leopard was seen on Zambezi loop, while another was seen on Westwood vlei. And Safari Guide Simba reported seeing a leopard with two cubs close to camp, which is wonderful news.

Our team were delighted to see wild dogs also close to camp. And there is a serval as well that seems very comfortable around our workshop area and has been seen there for some weeks now.

One of the most curious sightings report this month was in early August. Two black-backed jackals were seen defending their den from being raided by a honey badger! The guides found them fighting but could not know how long the battle had been going on, three minutes after the guides’ arrival, the intruder gave up.

Nocturnal sighting highlights were African wild cat (including one sighting on the eastern side of camp), bat-eared fox (Mabuza vlei), genet, a honey badger that has taken to hanging around camp, and a number of different side-striped jackal (near camp, vlei south & junction Mphisi East & West).

Bird life sightings on the river included regular sightings of the African Finfoot and Western Banded Snake Eagle. The speckled pigeon remains around the staff village. And on the vlei Kori bustards are in abundance along with African Wattled Lapwings, African Marsh Harrier, Tawny eagles, Dickinson’s kestrel, African Hawk Eagles and Secretary Birds.

Many thanks to our team and our guests for sharing their sightings and photographs with us, so that we can in turn share them with our readers. This month we are very fortunate to have photo contributions from Sharon and Brink Bosman, Daniel Hargrove, Crawford Moyo, Travolta Chatyoka, Shane Ellis and Jono Hudson. 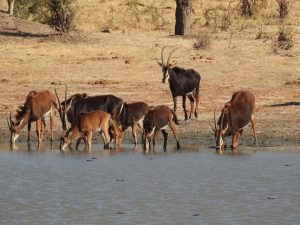 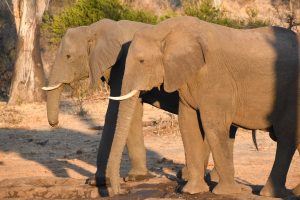 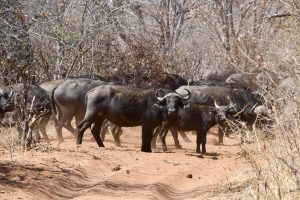 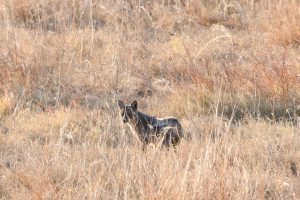 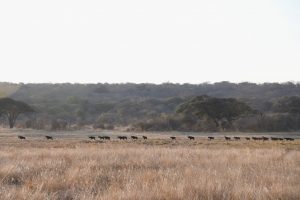 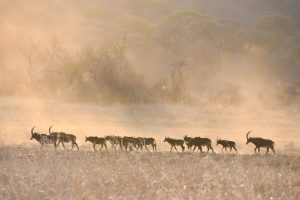 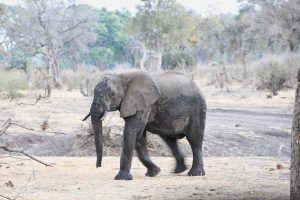 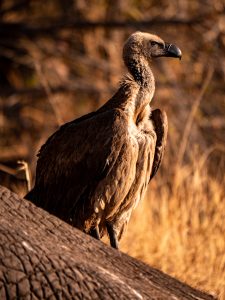 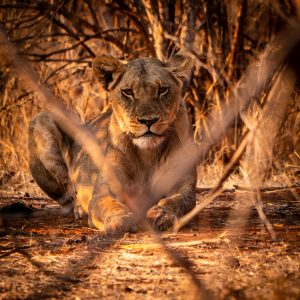 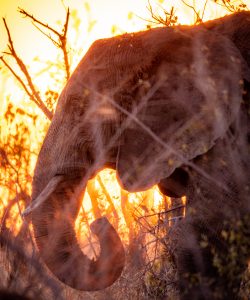 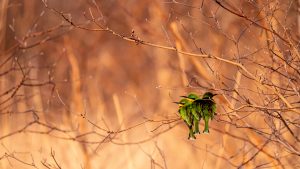 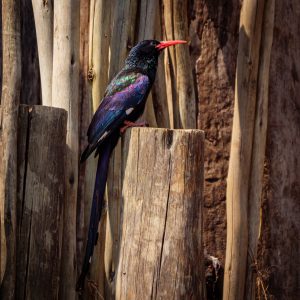 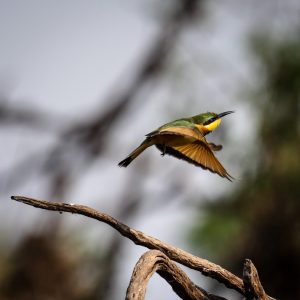 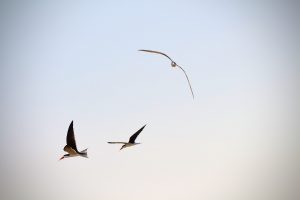