The early rains in October and continued intermittent showers throughout this month, meant that November was officially the start of the green season, reflected in the lush look of the photography in this month’s sightings report and an abundance of life from birds to bugs and baby mammals.

Huge breeding herds of elephants continued to roam across Matetsi Private Game Reserve, and were often found in areas where the soil is mineral rich, for example near Namakana along Kudu Alley. The herds seem to enjoy browsing in the forested areas in the morning and in the afternoon come down to the waterholes (both solar-powered and natural at this time of the year).

Large breeding herds of buffalo continue to be sighted across the property, notably avoiding areas of thick mud in the dark cotton soil, and there is also still a group of old dugga boy buffalos nearer the lodge.

The pride of lion with one male, two females and two cubs were seen again this month in the southern half of the property, around Westwood vlei area. Often times, just a lone lioness or lone male lion were sighted, and we believe the pride are keeping the cubs safe from other predators.

The other pride of four lions, understood to consist of a mating pair, a pregnant female and one other lioness, maintained their presence in the northern section of Matetsi Private Game Reserve and were seen in a variety of locations from the helipad all the way down to the southern section of Kudu Alley.

The leopard sightings were remarkable throughout November, starting off with a female leopard and cub spotted on 01 November on a tree overlooking Jedson’s pan. From the locations and descriptions of the sightings this month, it appears that at least six different leopards were sighted (with multiple sightings of many of them). One lucky set of guests was fortunate to have two different leopard sightings within 30 minutes of each other. This really does indicate that the whole leopard population is becoming more habituated and at ease with the positive human presence on Matetsi Private Game Reserve.

We are delighted to announced that the black-backed jackals on the vlei have puppies! Five pups have been counted in total. We hope they won’t get too much trouble from the hyenas that also call that area home.

Populations of giraffes, zebras, kudus, impalas, warthogs and banded mongoose are all thriving. By mid-month we were noting “giraffe journey with calves”, “impalas with calves from camp to vlei” and “warthogs with piglets”. A few of the impala breeding herds and warthog families stay close to camp, and it’s wonderful to see the young ones interacting with each other as we go about our day-today activities around the lodge. The green season is truly a very special time to be in the bush.

Wildebeest were resident on Westwood vlei earlier in November, and Roan were sighted there too – as grazing has improved thanks to the life-giving rain, both species are now believed to have moved further south towards Zanangubo, where eland was sighted this month. Sightings of smaller antelope, such as the Sharp’s grysbok, were still reported this month, though less frequently than in the drier months.

Water monitors are seen regularly around the lodge (particularly at West Camp), and our guides have reported sightings of leopard tortoises as well as terrapins in natural pans. While out on boat cruise or canoeing excursions, crocodiles have been seen basking on the riverbanks, and various pods of hippos have been sighted along our stretch of the mighty Zambezi.

This month provided some very special nocturnal sightings including multiple sightings of white-tailed mongoose, large spotted genet, honey badger pair, porcupine (including mother and juvenile), African civet, African wild cat, small spotted genet and serval. Our team were also very excited to see a pair of bat-eared foxes with a juvenile in the North-East of the property.

BirdLife South Africa’s 36th Annual Birding Big Day took place on Saturday 28 November 2020 and we held our own Birding Big Day 2020 on property at Matetsi Private Game Reserve with both our team and guests taking part. With our migratory birds being present at this time of the year, and many more hours spent in the field, our bird species count this time far exceeded that of our Global Big Day of Birding, which took place in May.

Many thanks as always to all those who contributed their sightings and photographs this month. Particular thanks to guests Sarah Kerr (photographer and designer), Graham, Benj and Jaelle, and various members of our team, whose photographs we have featured in this report and the November Wildlife Sightings gallery. 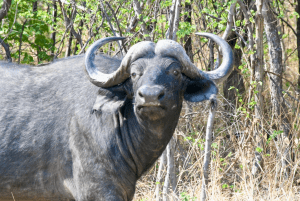 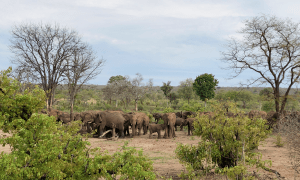 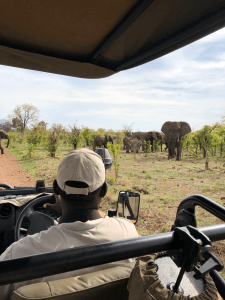 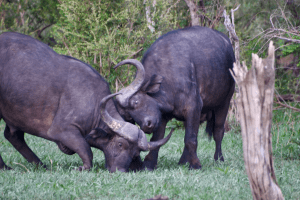 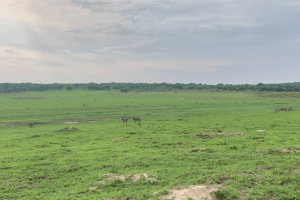 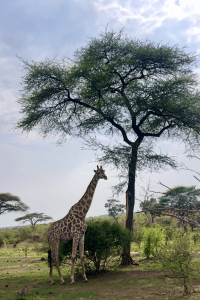 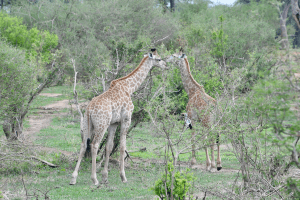 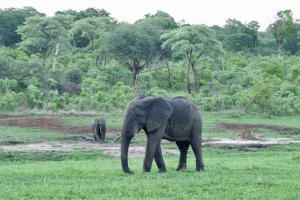 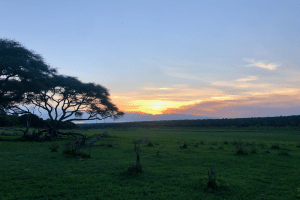 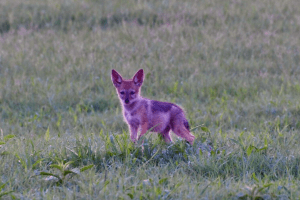 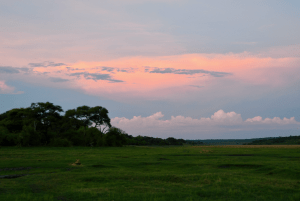 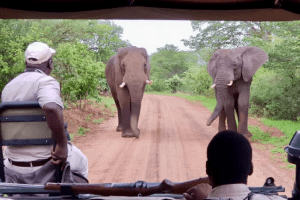