Our corner of the world doesn’t follow the classic seasons. Winter isn’t followed by Spring. We leap from a cold dry winter to hot dry summer and look to the skies in anticipation of the rains. This month we had one midnight rain shower, which provided some relief from the heat, but this was the exception to the rule.

While our guests in camp enjoy the beautiful cooling breeze of the Zambezi (and the luxury of air-conditioning), the wildlife seek out the waterholes to rehydrate and cool themselves. This makes for excellent game viewing while out in the bush and huge numbers of elephants and large herds of buffalo continued to be the theme of each of our weekly sightings reports.

Senior Guide Ophious has taken to noting the multitude of sightings of breeding herds of elephants on a single game drive as “Eles + + + + + + +”. This goes some way to describing the vast number of this keystone species that are spread across Matetsi Private Game Reserve from the river all the way to Westwood vlei and further south. The sparse vegetation allows great visibility, and as one drives south down Kudu Alley, towards Namakana, the surrounding hills appear scattered with these pachyderms. And they can be seen drinking at almost each and every waterhole – though Namaqua certainly seems to be a favourite for many.

With no fences to restrict their movement across this true wilderness, the buffalo roam from one preferred waterhole to another. Throughout the month a couple of breeding herds (around 300+ and 400+ animals) were frequently sighted at Sable and Gardiner’s Pan as well as at Namakana and another herd (600+ buffalo) often along Westwood vlei. Though their movements were disturbed by lion and the herds in the north moved up much closer to the camp on occasion, crossing territory with the old male “dugga boy” buffalos who prefer these areas.

And there was an extraordinary amount of lion activity throughout the month. The lone male lion that had been seen along Kudu Alley was sighted on several occasions earlier in the month on Westwood vlei. And we were delighted in the middle of the month to discover that he was not solitary, but in fact the dominant male of a small pride consisting of two lioness and two young active cubs – who we suspect to be about three months old. On one occasion, this pride took down a buffalo on Westwood vlei.

“…a buffalo killed by a pride of 5 lions (1 dominant male, 2 lionesses and 2 young cubs about 3 months old). The kill was on an open vlei and the lions couldn’t take the heat anymore and retired to the treeline about 200m away leaving the feast to the white-backed, a couple of Lappet-faced and hooded vultures. The hyenas and jackals observed from the distance and didn’t dare take any part in fear of the big male lion.” – Crawford Moyo (Matetsi Victoria Falls Guiding Team)

The other pride of lion, which has been sighted regularly in August, consisting of a dominant male and three females (including one with a research collar), preferred the northern section of the property. When they did move toward the south, they disturbed the other pride with cubs, which then took cover – clearly fearing for the safety of their young ones. We were thrilled then the prides gave each other space, though not so thrilled when one pride killed a kudu (the property has far more buffalo which are generally the preferred prey of the lions in the area).

“…pride of a dominant lion, 2 lionesses and 2 young cubs (one male and the other a female)… I was relieved to find this pride in peace yesterday afternoon. 4 days ago they took down a buffalo cow about 3km north of where they were yesterday. I had a nightmare when I came across another pride with a much larger male and 3 females moving southwards and towards that buffalo kill. I was afraid that if the 2 prides meet the cubs could be at great risk particularly from the bigger male. My nightmare and fear were rekindled last night when I found the bigger male from the other pride on the buffalo kill from 4 days back. He is generally relaxed but I was not surprised to find him a bit worried, restless, unrelaxed, very alert and sniffing around. Obviously, he could detect the scent of the other male lion with cubs about 3 km on the south as he had been on that old kill before. I am still very concerned for the cubs and will definitely go check on them later today. The bigger lion might kill the cubs if he can defeat the other male or find them unguarded, if he decides to perhaps just to eliminate competition and for trespassing. He has a pride of his own of 12 lions the last time I checked but might be having new cubs (yet to confirm).” – Crawford Moyo (Matetsi Victoria Falls Guiding Team)

Despite the lion activity, leopard were sighted in a variety of different locations, including at the staff village (hunting bushbucks – though unsuccessfully), at our bush dinner location, as well as at Namaqua pan a couple of times, and another one on the very southern end of Westwood vlei.

Hyenas were also very active on Westwood vlei and we are very excited that they denned there once again this year. Mid-month we had our first sighting of tiny hyena pups – still black along with three adult hyenas. Report of hyenas feeding on a wildebeest carcass was surprising, as this is the first time in a while that the gnus have been threatened by predators.

Significant numbers of giraffe, zebra, kudu, impala, baboons and warthogs are noted daily along Kudu Alley and Westwood Vlei. We have noted many young giraffe and zebra too over the last couple of months and the guiding team were delighted to set eyes on a very young giraffe calf (with part of the umbilical code still attached!).

Banded mongooses, the solitary slender mongoose, tree squirrels (not to be confused with the dwarf mongoose!) and vervet monkeys get the occasional mention in sightings report too – though we know they are sighted far more regularly than noted.

Despite the loss of one of their compatriots, the herd of wildebeest are still settled happily on the vlei. And it’s wonderful to see how relaxed they are now, integrated in amongst their friends the zebras, and unperturbed by the active black-backed jackals around their feet.

There also continue to be regular sightings of breeding herds of sable on Westwood vlei (we have counted up to 29 in a single herd!).

The absolute highlight of the month for many of us were the sightings of a roan antelope breeding herd (consisting of around 15 individuals) on Westwood vlei, where they remained for some days. These Specially Protected Species are rare to see and are generally found in the very south of the property, and so it’s wonderful to see them moving north.

Lovely sightings of the small antelope, including Sharp’s grysbok, Steenbok and Duiker were also noted this month.

On the river, the hippos have their favourite spots (currently in front of a bush breakfast riverbank location), and crocodiles have been active in front of camp.

Crepuscular and nocturnal sightings continue to amaze. Bat-eared fox was sighted again, this time on Shumba South. This is another one of the Specially Protected Species in Zimbabwe, which is doing well on Matetsi Private Game Reserve, though in general they are threatened by leopards.

The aardvark species must have gotten wind of our excitement at the sighting last month, as we had two separate sightings of these incredible creatures this month.

The team also noted a sighting of a large spotted genet. And there are a number of honey badgers that have been very active close to camp.

We’ve had wonderful sightings of our “regular” birds including beautiful lilac breasted rollers and sunbirds (including the white-bellied sunbird).

Migratory bird species are slowly coming back. Our guiding team have noted sightings of the Wahlberg’s eagle and European bee-eaters, as well as the yellow billed kites that have been back since the first week of August. And we are still enjoying wonderful sightings of the intra-African migrant skimmers on the Zambezi river.

Many thanks to our team and our guests for their sightings and photographic contributions. Particular thanks to Senior Guide Ophious for his observations, and to Crawford Moyo and Daniel Hargrove for sharing their images and insights with us. 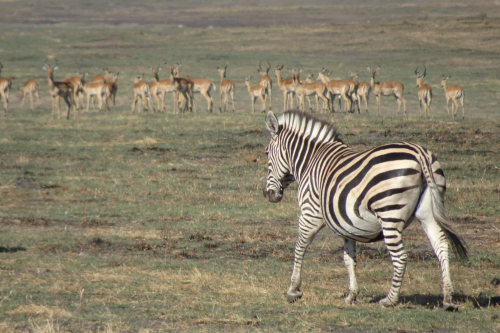 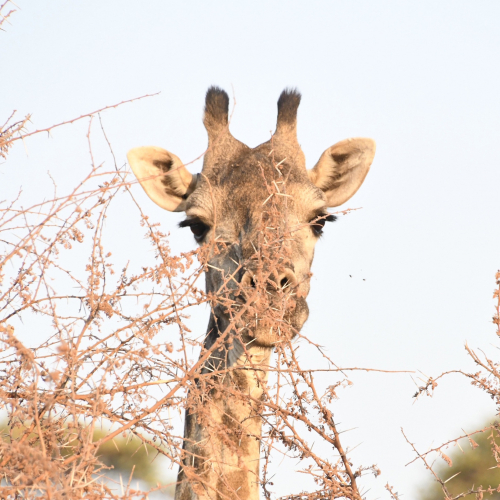 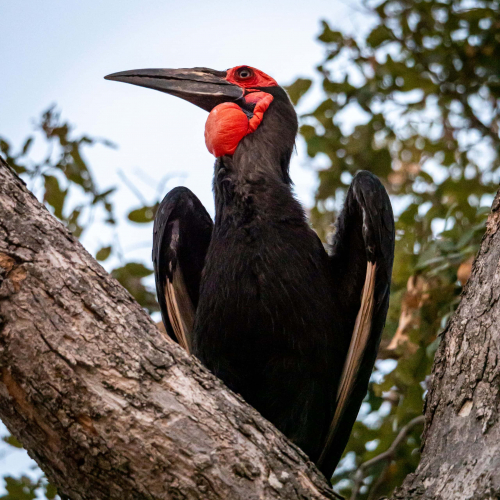 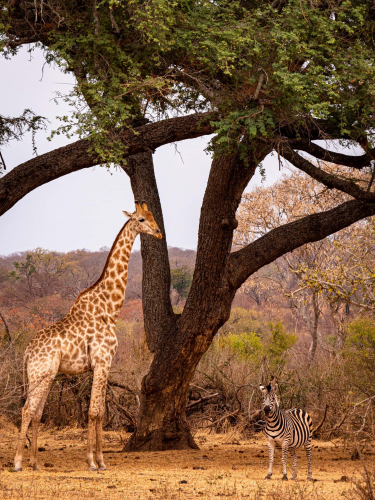 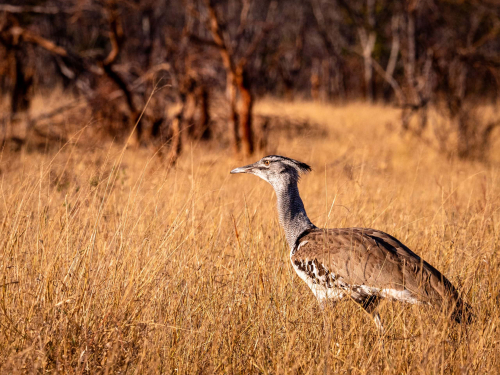 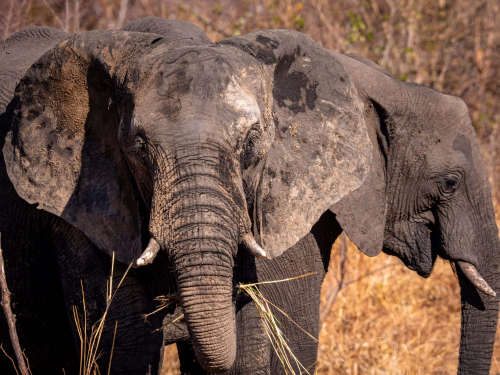 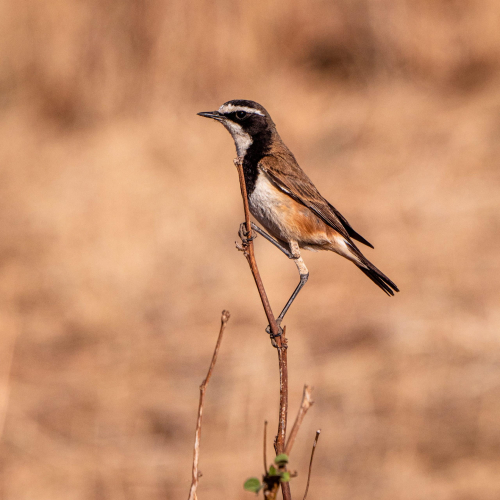 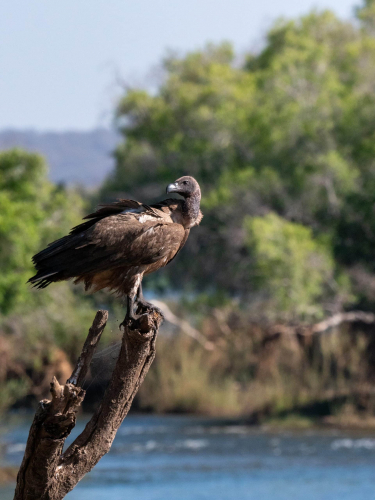 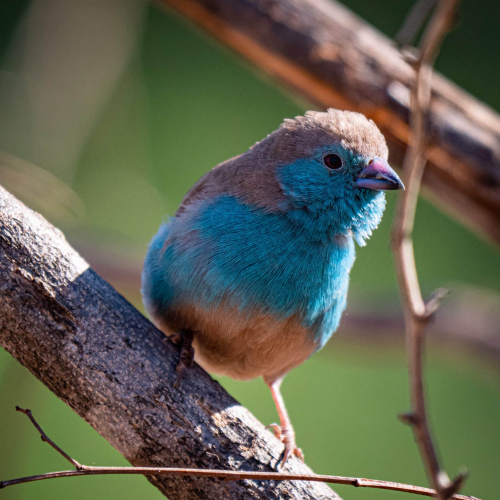 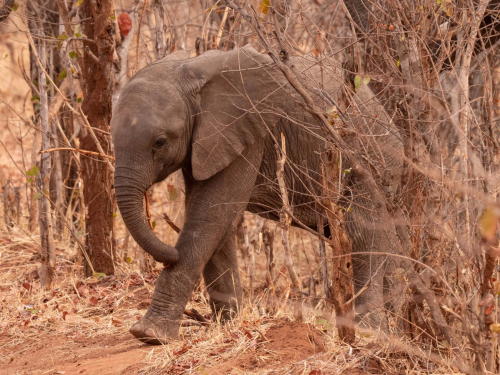 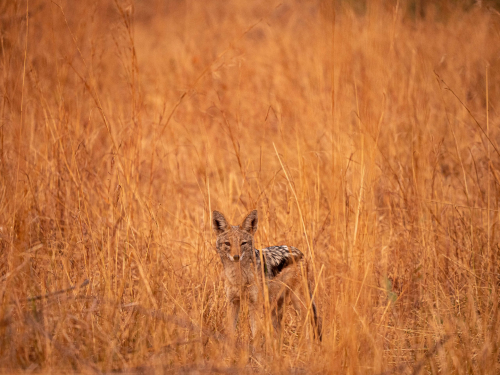 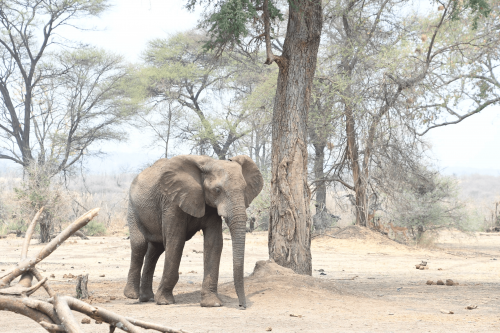 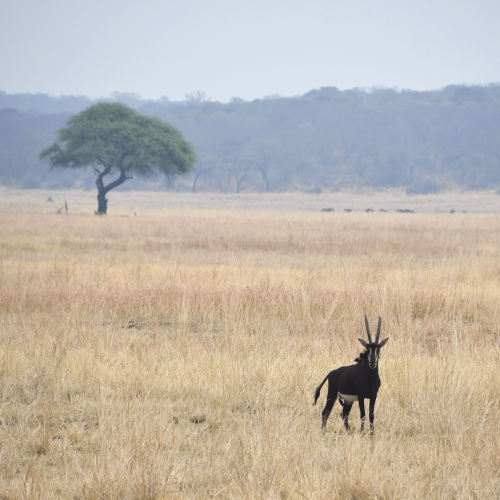 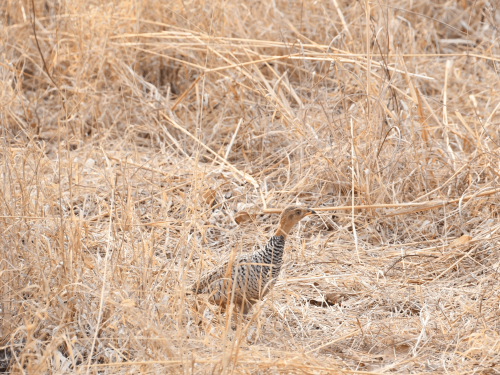