Many gifts this festive season came in the form of wonderful wildlife sightings of all different shapes and sizes, everything from leopard in a tree with a sub-adult cub close by, through to a magnificently coloured Mopane caterpillar, almost ready to cocoon.

The more time we spend in nature, the more our appreciation for her grows. In sharing that appreciation with others, we hope that it stirs something in them.

As we wrap up our wildlife sightings for the year 2020, we wanted to thank you, our reader, for taking the time to explore the wonders of Matetsi Private Game Reserve with us. We hope that before too long you’ll be here on the banks of the Zambezi river with us watching a pod of hippos frolicking in the shallow waters, or out in the bush losing count of the number of elephants that you might have seen.

Speaking of elephants, they continued to be in abundance across the property–with breeding herds often favouring the areas along Kudu Alley, particularly around Namakana, and down on Westwoodvlei.

Breeding herds of buffalo, consisting of hundreds of animals, continue to roam across Matetsi Private Game Reserve. They sometimes proved surprisingly difficult to find when they kept to theinaccessible forested area, though many sightings were reported around December pan and alongthe vlei systems.

The big cats graced us with their presence throughout the month, including a solo male lion who made his way along Ridge Road and up Kudu Alley, as well as three female lionesses who gave quite a show on Westwood Vlei before making their way north and reminding us that lions do in fact climb trees (see the gallery images below). The usual tree climbers, leopards, were seen frequently again this month–with many of them demonstrating very habituated behaviour. On Christmas Day morning several different leopards were sighted–a very special gift from nature for our guests and our guiding team who continue to delight in the sightings of this typically more elusive predator. Of course the scavengers, including clans of spotted hyena and packs of black backed jackals, were seen regularly, most often on Westwood Vlei.

The plains game continues to thrive, with towers and journeys of giraffe mingling with dazzles of zebra, herds of impala and sounders of warthog. And the troops of baboon seem to always have tiny babies amongst them.

Breeding herds of kudu remind us of the origin of the name Kudu Alley as they skirt the edges of the tree line and the large males rub their horns in the mud wallows.

“He appears to be in his prime. He would head butt and toss the mud in his horns. I figured it out as a showing off kind of behaviour. I believe the horns get sharpened eventually. They are not usually territorial animals, but I believe by so doing he is leaving his mark on the ground.”

The water levels in the Zambezi just in front of West Camp proved optimal for a large pod of hippos, that were seen there for days on end in what looked more like a pile than a pod. Boat cruises of course gave our guests the opportunity to see crocodiles and more hippos, and even on occasion herds of elephant swimming in the river. Our guiding team also reported sightings of the clawless otters this month.

The green season is a wonderful time of the year for birding, as demonstrated by our Birding Big Day in November. Highlights in December included continued sightings of a pair of Verreaux’s (Giant) Eagle Owls with a juvenile along Kudu Alley, as well as black storks, ground hornbills and secretary birds on Westwood Vlei.

Special sightings this month included bat-eared fox (which we are thrilled to have continued sightings of as it is one of the Special Protected Species in Zimbabwe) and large spotted genet. We would like to thank our team and our guests whose sightings notes, and photographs have helped us to compile this report. Particular thanks to Raphael Curiger from Amadi Travel for his image of Crawford Moyo (MVF guiding team) and the lion, as well as to Elisabeth Curiger from Pure Africa for her stunning photo of the lioness in a tree. Special thanks to Mike (Mikey) Tshuma from our guiding team for sharing his photographs of kudu, giraffe and elephant, as well as behavioural insights. 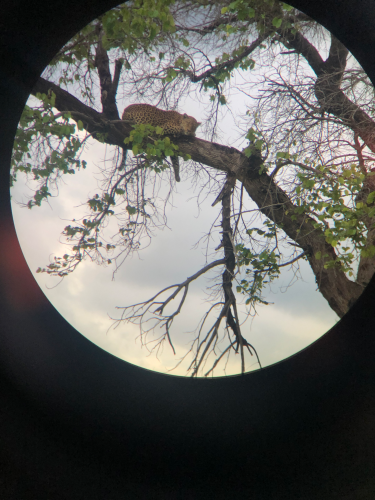 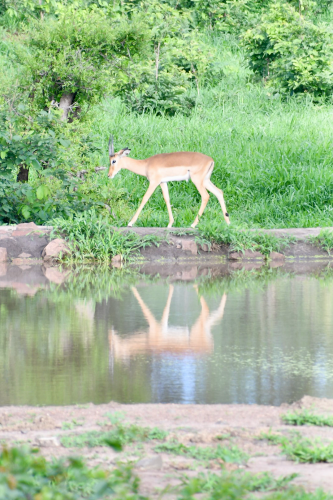 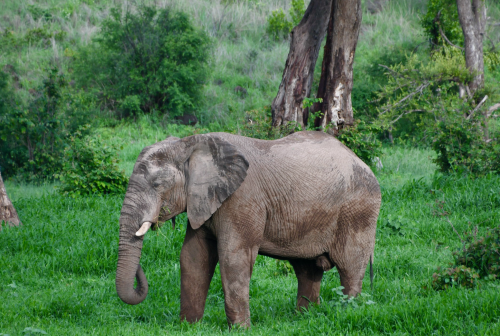 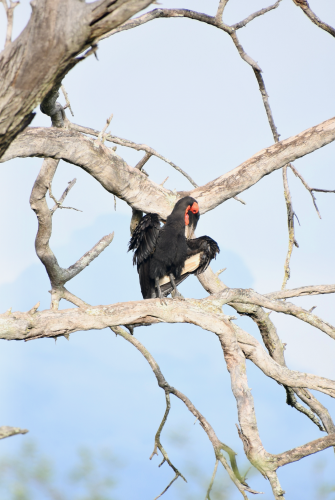 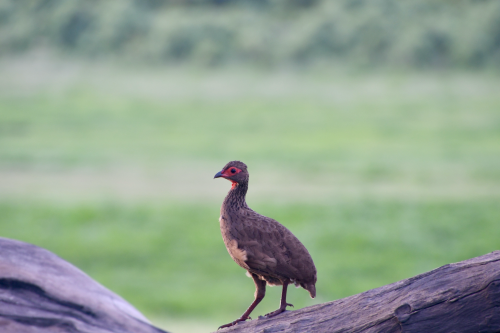 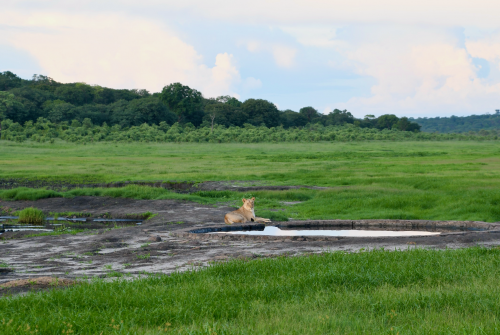 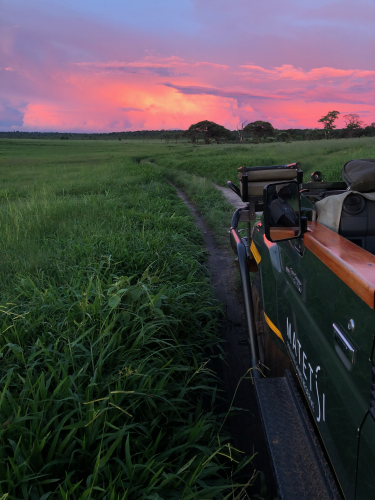 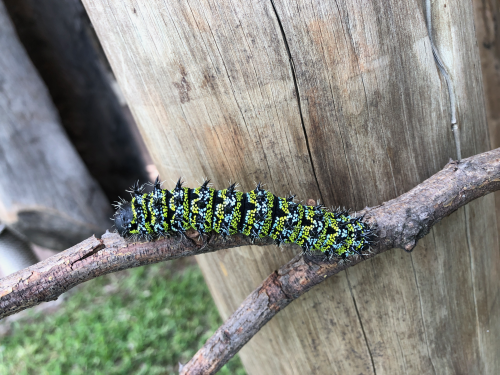 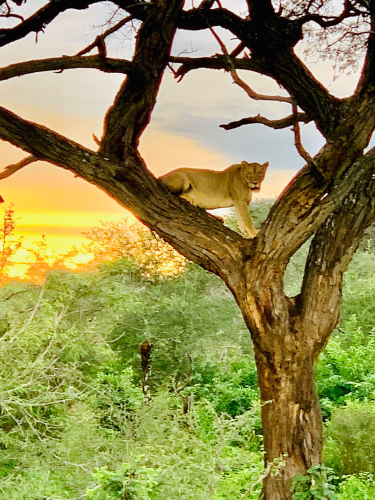 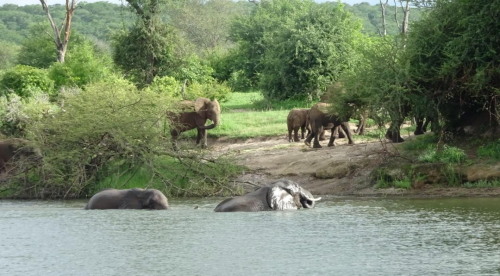 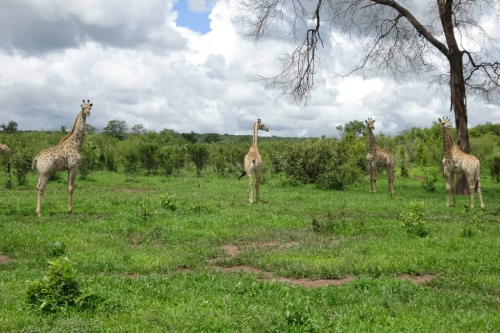 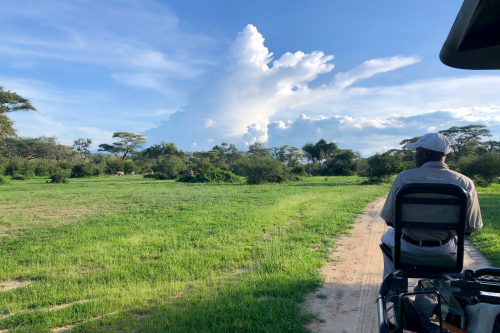